Norda Stelo receives the fruits of its efforts and shines brightly 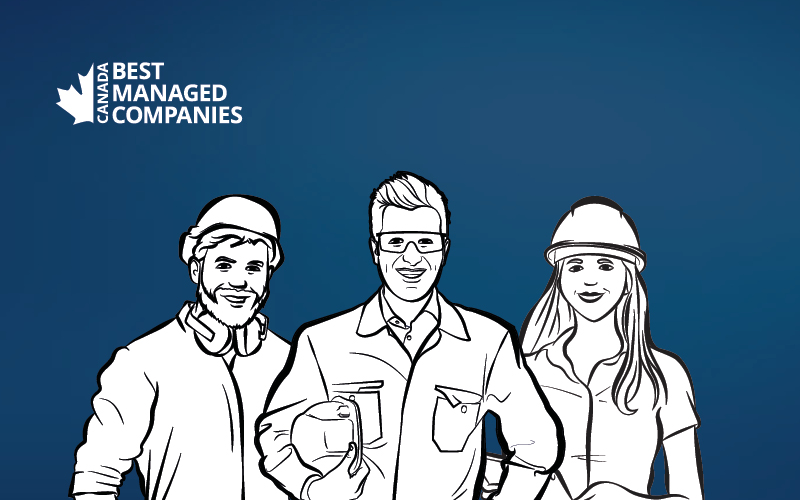 Quebec (Quebec), May 10, 2022 – Norda Stelo, a 100% Quebec-owned company, is proud to be named one of Canada’s best managed companies. For the second time in a few months, the consulting engineering firm has been recognized for the excellence of its governance and its visionary strategy, which have allowed the company to regain its place in the firmament of Canada’s leading engineering firms.

The Best Managed Companies list recognizes excellence in companies headquartered in Canada with revenues of $50 million or more.

This recognition, awarded after an independent evaluation process, publicly confirms that Norda Stelo has not only successfully completed its organizational transformation, it is now a leader in its industry.

“It is one thing to achieve a transformation as profound as the one Norda Stelo has undergone over the past decade, it is quite another to have our success confirmed publicly and independently. After a decade of rebuilding an even better version of who we were, this recognition is a tremendous tribute to the efforts and commitment of all our employees,” said Alex Brisson, President and CEO of Norda Stelo.

In the wake of the confidence crisis experienced by the Quebec engineering and construction industry, Norda Stelo had to wipe the slate clean and reinvent itself. It has therefore profoundly transformed its governance by, among other things, creating a board of directors composed of external and independent members, appointing an ethics commissioner and implementing a brand new corporate culture based on a renewed vision, mission and values.

Norda Stelo has also reviewed its positioning and strategy within its industry by focusing on two specific areas: project management performance and the development of a new business model focused on brownfield engineering. The latter, based on decades of practice by Norda Stelo’s experts, helps extend the life of existing assets, reduce their environmental footprint and help asset managers better plan their investments while adequately managing risks. The firm will soon launch its new technology solution where human expertise and data intelligence team up to further sustainable asset management.

Scintillating when it counts

The resilience and perseverance of Norda Stelo’s employees and leaders were again called upon during the global pandemic crisis of the past two years. Armed with the experience and now much better equipped to deal with the challenges, Norda Stelo has once again reimagined its ways of doing business to accelerate the execution of its strategy and build its competitive advantage.

“The pandemic acted as a catalyst for change that was already well underway. The company and its employees were in the best possible position to meet the challenge. The work culture and governance that were put in place during our rebuilding years were real assets. Unprecedented progress was made in the strategic plan and the execution of our projects, thanks to the mobilization of the collective intelligence of our teams,” added Mr. Brisson.

Today, Norda Stelo has more than 700 employees whose expertise and know-how are known in more than 50 countries. The consulting engineering firm has well and truly regained its place among the flagships of Quebec companies.

Norda Stelo was founded in Quebec in 1963. It has 17 offices across Canada and supports its clients wherever they may be, having implemented projects in more than 50 countries, for public administrations as well as for the private and industrial sectors.

Norda Stelo has developed a multidisciplinary expertise for the realization of urban infrastructure and transportation projects (road, port, rail and public transportation), as well as projects in the manufacturing, mining and energy sectors.

Its team is its strength and every day works to “Mobilize collective intelligence to serve the sustainability of its partners’ assets, communities and the planet”.